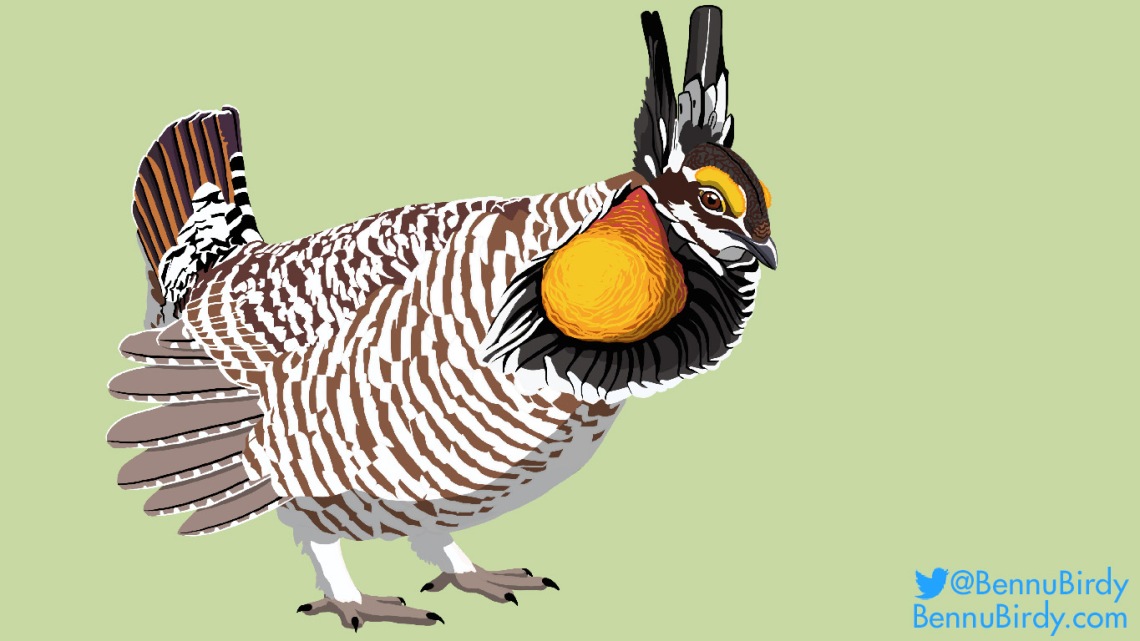 Resident of prairie from Kansas to North Dakota.

Part of this bird’s fanciful mating ritual includes a “booming” display, and the birds themselves are sometimes called Boomers.

The species name cupido allegedly derives from the resemblance of this bird’s head feathers to the small wings of Cupid in Greek mythology.