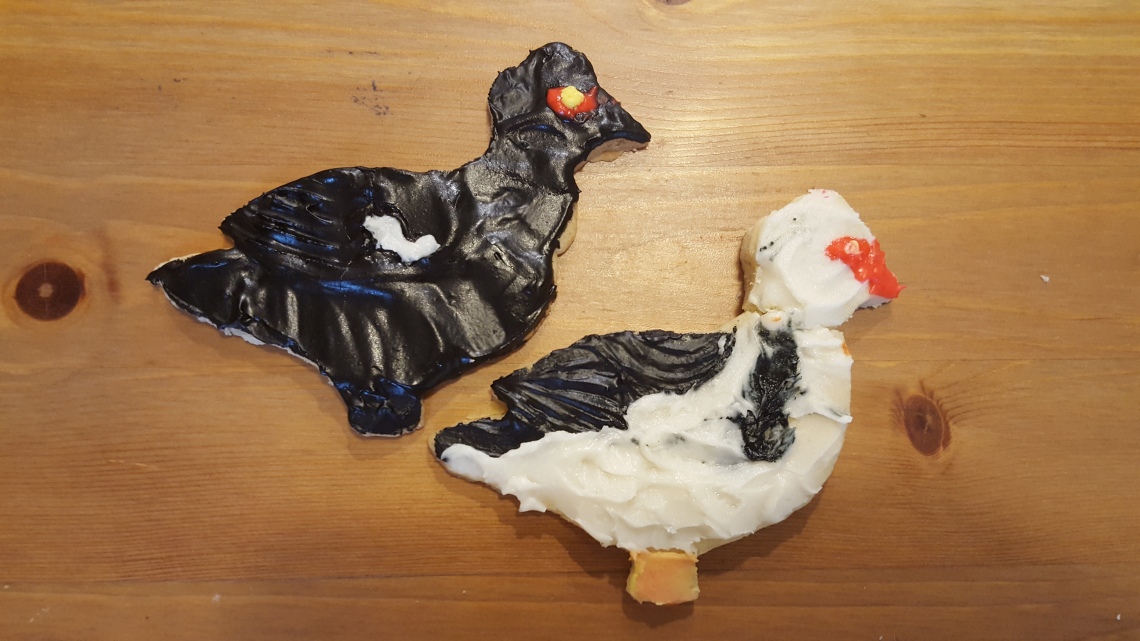 True, wild Muscovy Ducks are solid black except for a white wing patch and red warts around the eyes.

Domestic Muscovy Ducks are common in parks, and many have escaped into the wild.

Wild Muscovy Ducks are native to South America and Mexico. Their range reaches the United States only for a small section of the Rio Grande river in extreme southern Texas.

The Muscovy Duck is one of the oldest domesticated waterfowl species in the world. The birds were being kept by native people of Peru and Paraguay by the time of Spanish colonization.

Aztecs created cloaks from the feathers of Muscovy Ducks, which were seen as a symbol of the wind god Ehecatl.