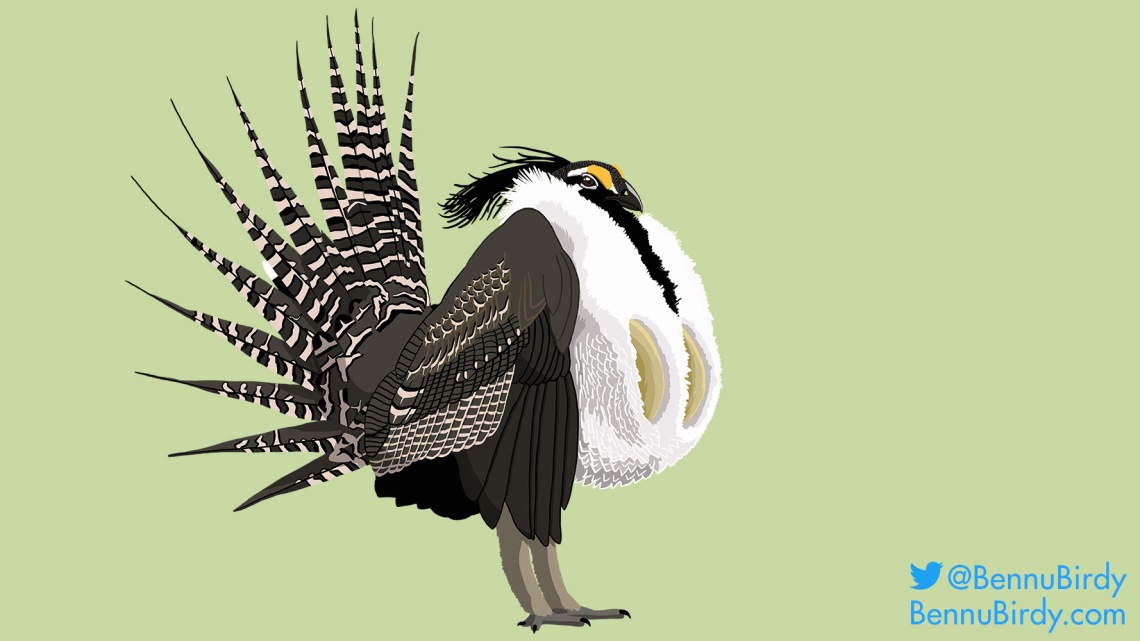 The Gunnison Sage-Grouse is a federally threatened species and IUCN endangered species. It is estimated that there are <5000 birds alive, all of them in a tiny area of two US states.

The Gunnison Sage-Grouse was considered the same species as the Greater until 2000, when it was split into its own species on the basis of size, coloration, plume shape, behavior, and genetics. It was the first new species described in the United States since the 19th century.