Male has reddish breast and sides (lighter in southwest), a white throat and eyebrow, with rufous cap and black eye line extending into collar. Female is tan overall with muted facial markings similar to male. 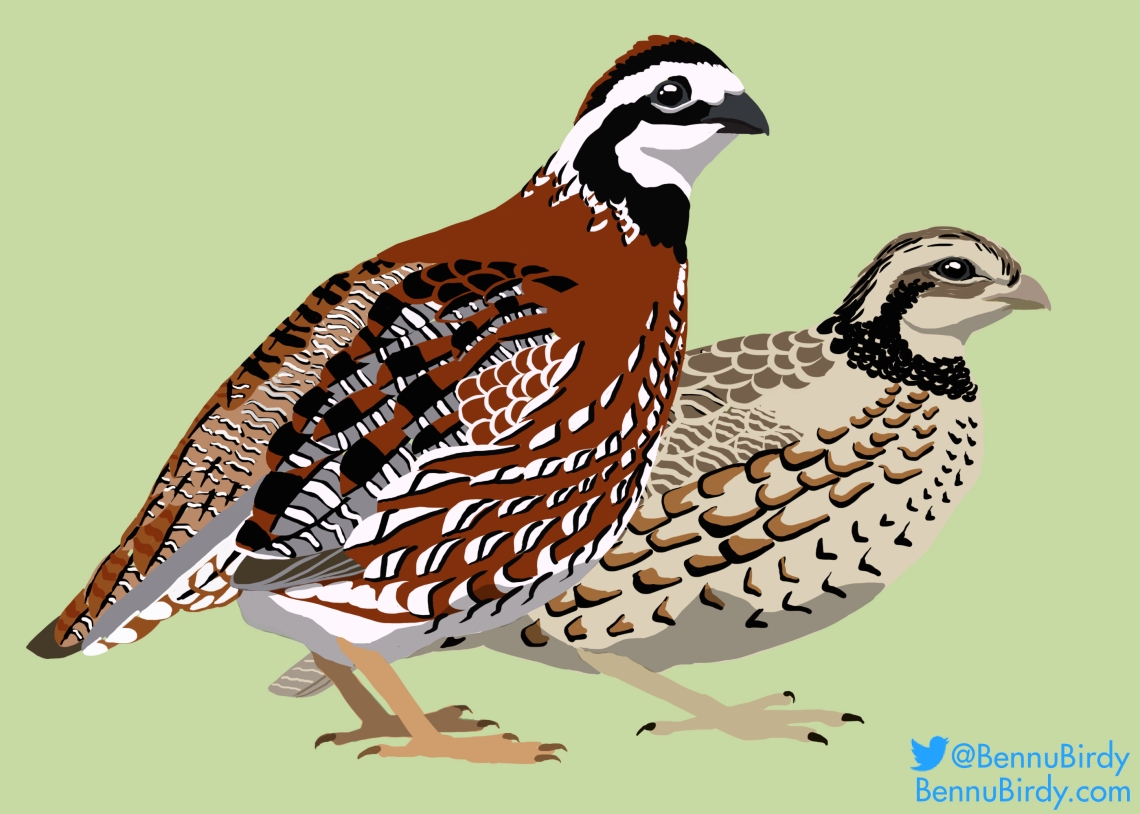 Resident throughout central and eastern US into Mexico and the Caribbean. Isolated population in the Pacific Northwest.

Northern Bobwhites are split into 22 subspecies, several of which have such unique plumage coloration in males that they have been at times considered separate species.

The Northern Bobwhite is one of the intensively studied species of bird in the world, has been purposefully introduced to several continents, and is a popular captive bird in many countries.