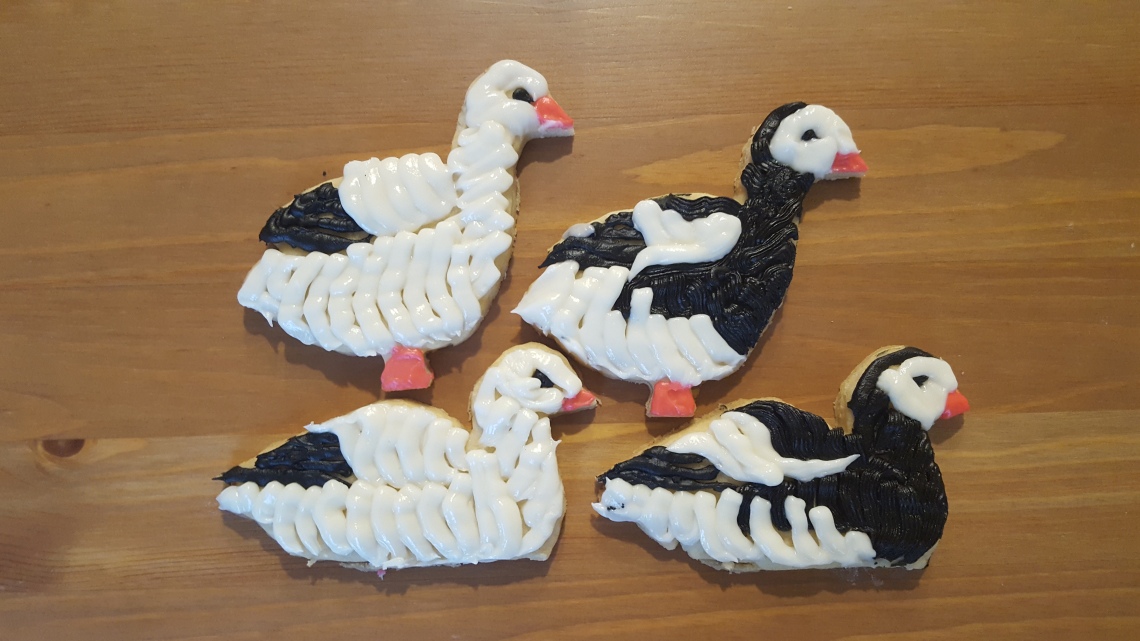 A miniature version of a Snow Goose, with more rounded head and stubbier bill.

A small goose, solid white except for black wingtips and pink bill/feet. 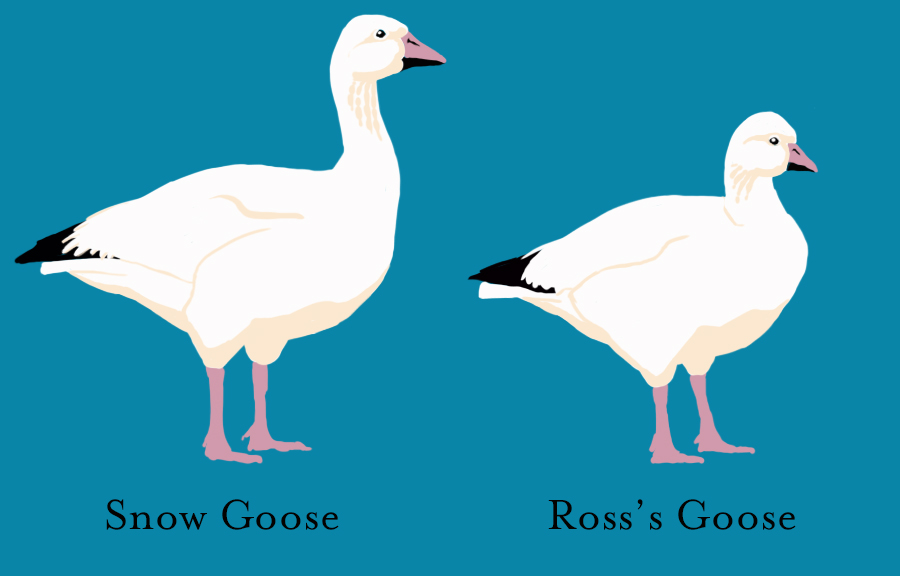 Breeds in far northern Canada. In winter, historically found in California, but now has a presence throughout the central United States as well, and may appear throughout the continental US as populations continue to expand eastward..

Ross’s Geese can also come in a dark morph, like Snow Geese, but this coloration is extremely rare and likely the result of hybridization with a Snow Goose.

Fresh off the (scientific) press:

While the breeding range of Ross’s Geese was historically confined to north-central Canada, that range had been expanding eastward over the past two decades. Intrepid arctic biologists are actively discovering new colonies of Ross’s Geese outside their historic range, such as Nissley et al. (2016) who described a new colony on Southampton Island.