Named for the characteristic white patch of feathers just behind the bill. Otherwise brownish gray overall with a white undertail, orange legs, and pinkish/orange bill. 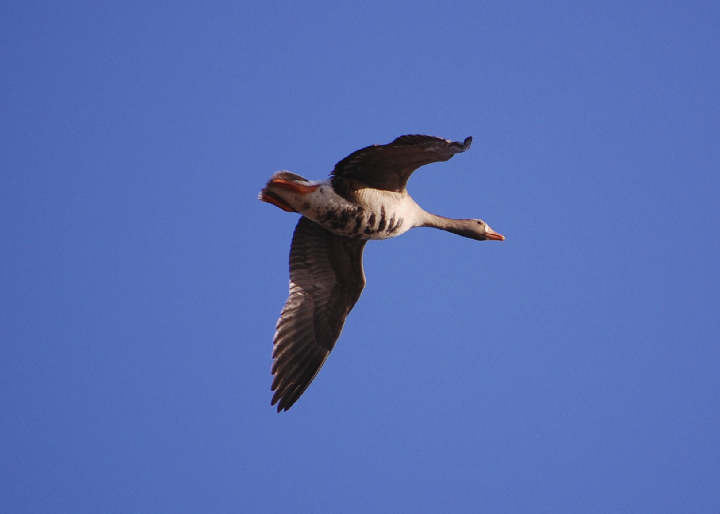 Breeds on the arctic tundra. Winters along the Pacific Coast and western side of the Gulf Coast.

Pairs of Greater White-fronted Geese will stay together for many years, even migrating together.

While studying ducks in Barrow, Alaska, I was taught the native Inuit name for Greater White-fronted Goose: niglik. This is supposedly what the bird sounds like it’s saying when it gives its two-note honking call.

As a researcher, it’s also pretty fun to join in whenever the geese fly by.

Fresh off the (scientific) press:

Why the difference? One hypothesis is that geese in North America and Europe feed mostly on agricultural land during the winter, while geese in Asia, for some reason, are remaining more dependent on natural wetlands, which are on the decline.

A 2017 study by Yu et al. put GPS trackers on several species of geese in China, and found that Greater White-fronted Geese spent about 98% of their time foraging at natural wetlands, and only 2% of the time on farmland.