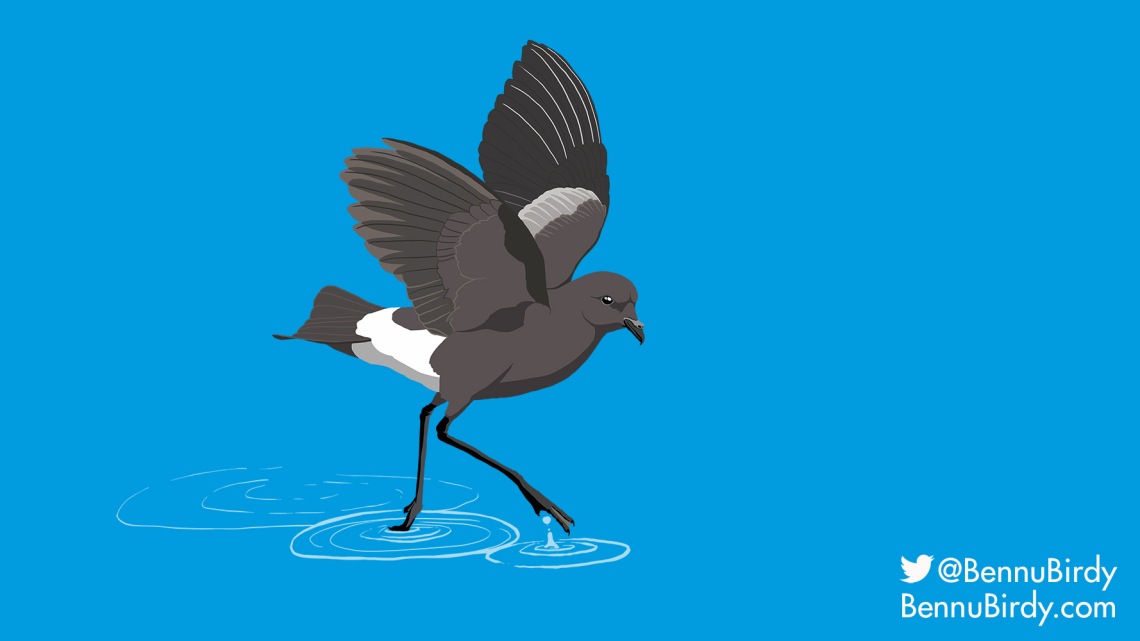 Nests in sub-Antarctic. Moves north throughout the world’s oceans during the non breeding season, but mainly in the Atlantic.

Wilson’s Storm-petrels number in the tens of millions, one of the most abundant bird species on the planet, and yet most humans will never see one. These incredibly tough, swallow-sized birds are at home over the open ocean during even the roughest storms.