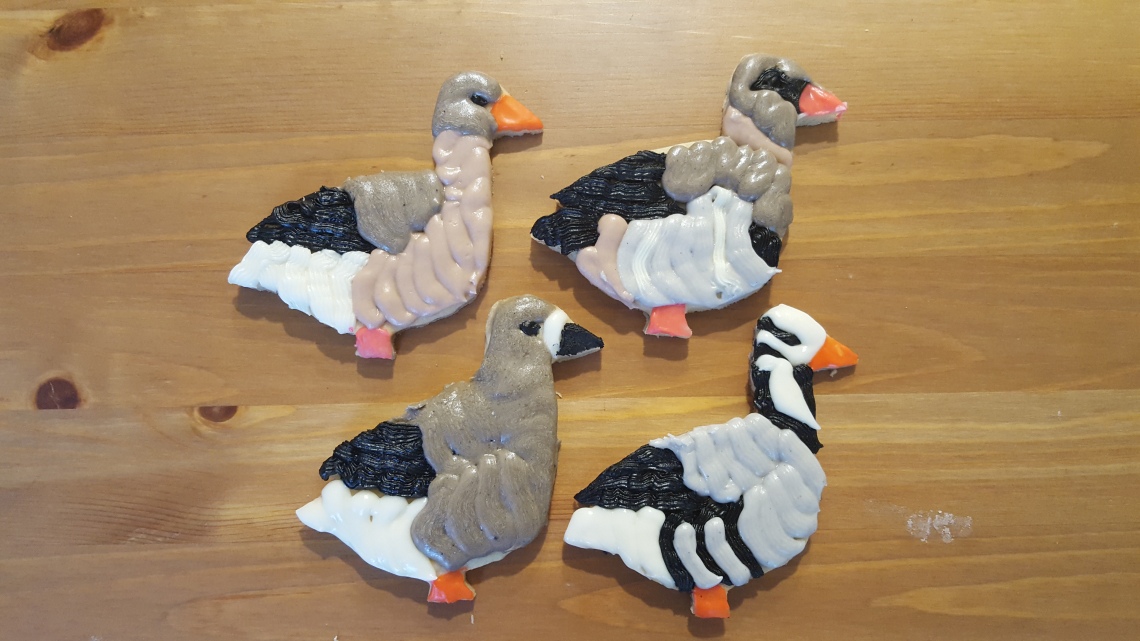 Bird communities in North America are naturally dynamic, but sometimes humans add to the mix – either intentionally or not.

People have kept domestic geese in their farmyards and gardens for centuries, so its no surprise that several European and Asian species have immigrated with their humans across oceans. In the United States, you’ve likely seen these exotic geese lounging at local ponds, and several have even escaped captivity and are fending for themselves in the wild.

It is possible to see many species of domestic goose in the U.S., but here are four of the more notable ones.

Graylag Goose, Anser anser: Wild geese of this species are native across a large band of northern Europe and Asia, and the domestic variety is one of the most common found throughout the world. Compared to their wild counterparts, domestic Graylags tend to have a “pot belly” appearance.

Swan Goose, Anser cygnoides: Wild populations of this species are relatively rare, and originate in Mongolia, China, and Russia. While uncommon in the wild, these and Greylags are typically the most common domestic geese in the U.S.

Egyptian Goose, Alopochen aegyptiaca: Native to Africa, this species is relatively less common among the domestic flocks in the U.S., but is notable in that it has established wild breeding populations in Florida, southern California, and Texas. I was certainly surprised when a pair flew over me during my surveys in Los Angeles!

Bar-headed Goose, Anser indicus: Native to central Asia, this species in the wild is renowned as a migration superstar, capable of surviving on incredibly little oxygen as they fly at altitudes higher than Mount Everest (more on that during the Cookie Guide to Birds of Asia series?). In the U.S., these are popular in zoos and private collections due to their striking plumage.