Though our resurvey efforts endeavor to follow as closely as possible in the footsteps of Grinnell and his colleagues, often times the exact path they walked is obscure or inaccessible. So it was an unusual treat when, at our final site of the summer, we could watch the sun rise over the exact gravel riverbank where our historic surveyors camped.

They stood upon the same bridge as well, and the Museum of Vertebrate Zoology now holds the pictures they took of turtles basking on rocks below. The bridge is no longer in use by vehicles. And there were no turtles. But perhaps a century from now another graduate student will attempt to recreate our photographs from the new highway bridge, where a flock of Turkey Vultures was enjoying a recently deceased raccoon.

The Stony Creek below the bridge runs past the town of Elk Creek and down into the valley. The bird community here has changed remarkably little – the oaks along the hillsides are home to woodpeckers and nuthatches, and the banks of the river are brimming with quail. The usual horde of doves, starlings, and blackbirds has joined the lawns and sidewalks as well. Plus something a little more extraordinary – a Common Ground-dove. A native to southern California (and farther south), our little bird was the first record for Glenn county, and possibly the northernmost record in the state.

Back at camp, the summer was in full swing. 110 degrees made the nearby lake very attractive, but even the occasional swim wasn’t quite enough.

We distracted ourselves from the debilitating heat by pulling up our chairs in front of my car. Along the drive we encountered a few hordes of grasshoppers in the road, leaving my radiator covered in a near solid sheet of insect bodies. Once this was discovered by the robins, they were in heaven. On day one, a father robin pulled off beakful after beakful and stuffed them down the eager throat of his chick. On day two, the chick came on his own. And though he appeared to swallow a leaf or two in his attempt to tackle his first maimed grasshopper, he seemed incredibly proud of himself when he finally got the juicy bug into his stomach. 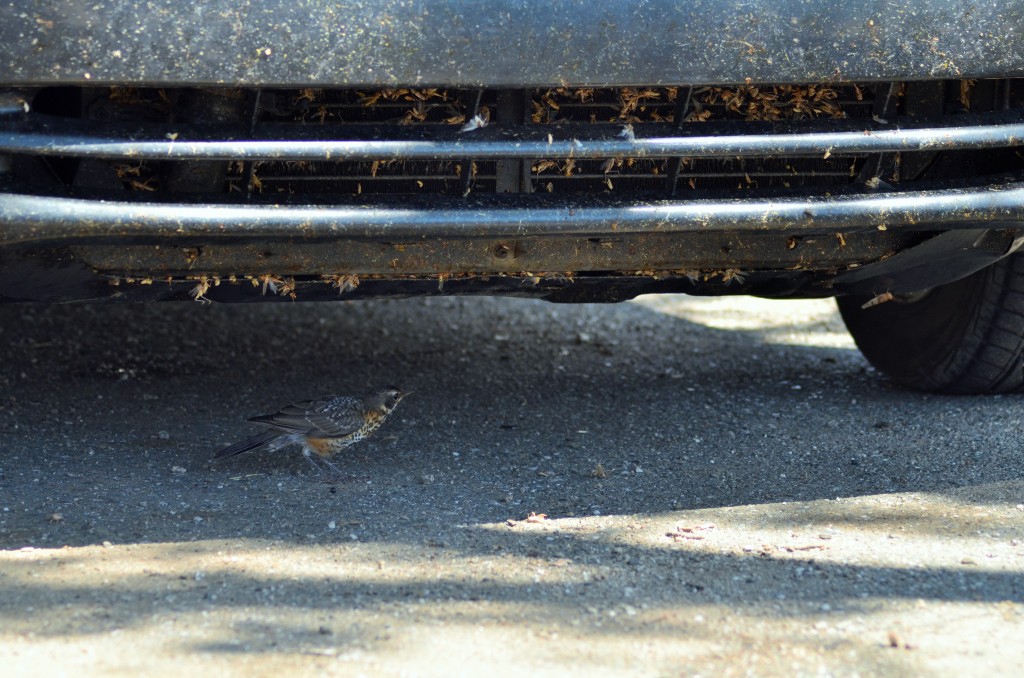 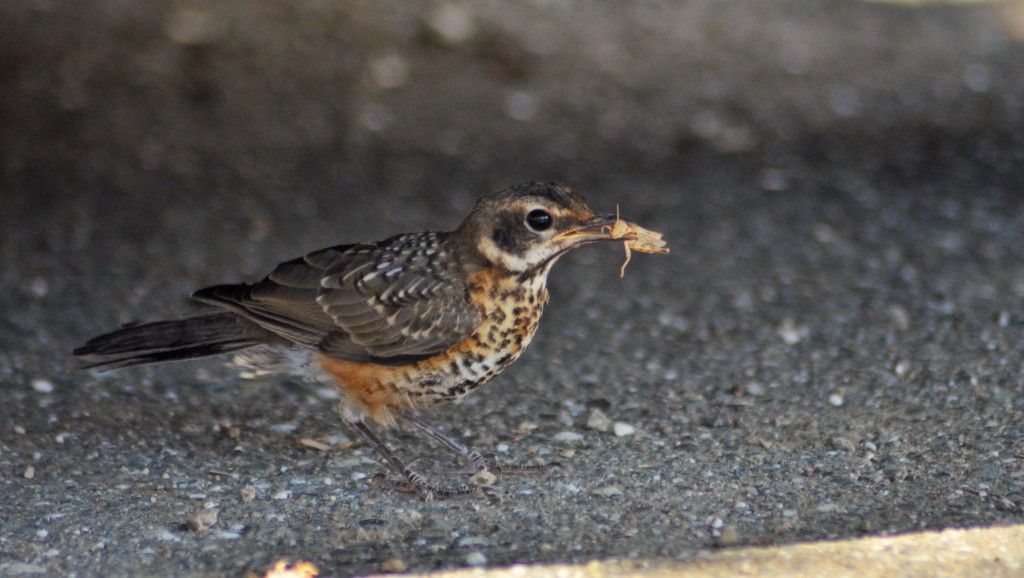